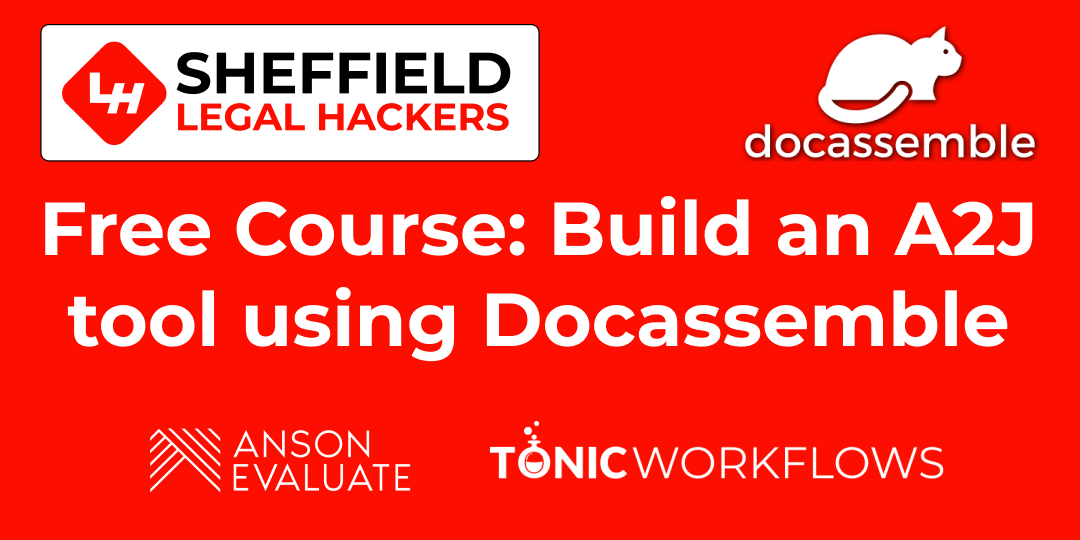 Sheffield Legal Hackers with the support of Tonic Workflows and Anson Evaluate are offering a free course for people who want to create a new web based service in the “Access to Justice” or “unmet legal need” space using Docassemble. Find out more >>>